The R-word is the R-slur. Why never use “retard” 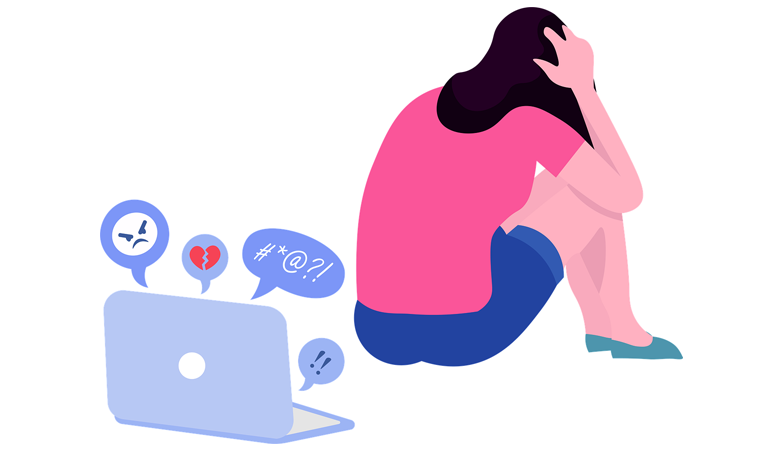 The R-word is the R-slur. Why never use “retard”.

“I started spazzing out.”

It’s common college lingo. The sentiment of exasperation flies effortlessly with these words. Any raised eyebrows or hints at the inappropriateness are met with an I-didn’t-mean-it-like-that. The response is earnest, and the confusion clear. Most people genuinely do not understand why a seemingly harmless expression of annoyance by using the word “retard” would pinch anyone. After all, they didn’t say it to a person with intellectual and developmental disability (PwIDD).

The lack of awareness towards understanding the subtext of the R-word can leave conscientious objectors confused if they don’t have the historical perspective. They know its use is hurtful but they just don’t know how to dispel the ignorance. It can also irk the many well-meaning people who mean absolutely no harm or disrespect but use hurtful language anyway because they lack the knowledge.

So, let us start by clearing the confusion about the meaning of the R-word, when and how its use began, changed and why its use is now plain offensive.

Oxford defines the word retard as:

(verb) “to delay something or make its development or progress slower”

The meanings as explained by one of the world’s go-to English language resources leaves a lot to be desired in terms of sensitivity. For one, it does not use the factual, formal term for the condition that results in “lack of intelligence for a particular age”, i.e. intellectual disability. It also leaves out the informal connotation of such a description — that it’s offensive, and is mostly used to bully. Without this nuance, the definition does a disservice to the IDD community, and people at large.

A holding back or slowing down: RETARDATION [1]

Many people question why the R-word is considered offensive when the first dictionary meaning clearly refers to “slowing down” — a well-established cognitive delay that underlines all IDDs.

Let’s dip into some history for this.

In the mid-1400s, the now-taboo word “retard” or “retarded” had only one meaning —a blockage or slowness. This changed in 1961, when the term mental retardation was first used by the American Psychiatric Association (APA) in their Diagnostic and Statistical Manual for Mental Disorders (DSM) as a more factual and sensitive replacement for “idiot”, “moron”, “imbecile”, “feeble-minded”. The connotation remained neutral till the mid-20th century when it came to be used as a synonym for its predecessors, becoming an insult.

A glimpse of this usage was caught by the Kantar Social Listening study [2]. It reviewed nearly 50 million social posts in the USA over 2 years and found that ~66% posts about people with intellectual disabilities were negative. It also found that nearly 29 million contained slurs using the word “retard(ed)” or some derivative with the suffix “tard”.

Be it bullying, pity or ableism-driven dismissal, the sentiment in each of these sentences is clear.

At this point, some would further argue that by this measure, one must stop using “idiot”, “moron”, “imbecile”, “feeble-minded”.

Well, mental retardation, as a term, first came to be in a medical journal and was coined specifically to describe a condition and the entire population that has it. This is opposed to the origin of other colourful words that started as adjectives and were later adopted to describe IDDs. The R-word is exclusive to the community of persons with intellectual and developmental disability.

As an awakening exercise, answer this: Would you consider using the word Negro for a Black person arguing that the root of the former, clearly racial slur also translates to black?

The sentiment behind ending the use of the R-word — used formerly to describe PwIDDs and the entire gamut of cognitive developmental conditions up until 2010 when ‘intellectual disability’ replaced it — is best explained by this excerpt from a speech by Rosa Marcellino [3], a girl with Down Syndrome whose campaign changed it all starting with the USA.

“Some say we shouldn’t worry about the words, just the way we treat people. But if you think about it, what you call people is how you treat people. If we change the words, maybe it’ll be the start of a new attitude towards people with intellectual disabilities. And they deserve it.”

Learn the etiquettes of disability language. Why it’s not ok to call someone “special”.

Have you being unknowingly discriminating against persons with disabilities? Learn about ableism

85% of IDDs are mild to moderately severe. Most persons with cognitive impairment can lead full lives