Read between the lines on myths about Down Syndrome: We love reading, comprehend it all 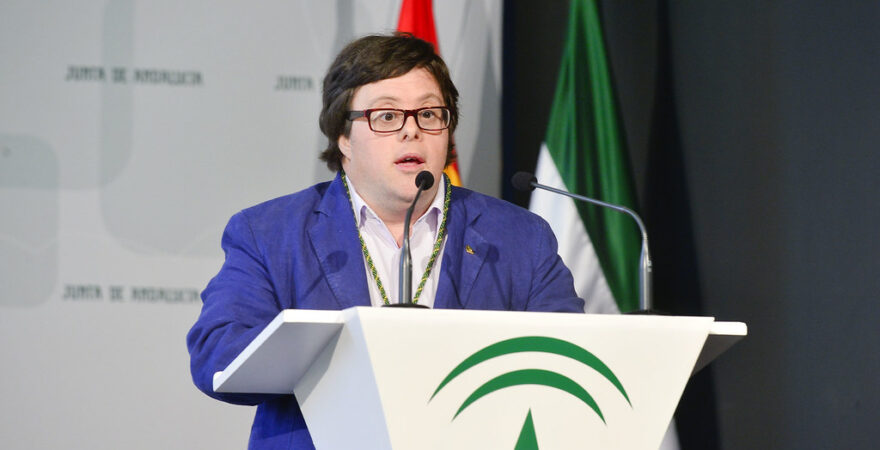 Many children with Down Syndrome have speech delays, making educators believe that their ability to read is mechanical and their comprehension compromised. Nothing could be farther from the truth, show new research findings.

“ ’Twas the night before Christmas, and Harry Potter was in trouble. Dementors had already knocked out Sirius Black and were closing in on Harry. Suddenly, a bright white shape appeared across the water. A Patronus, shaped like a stag and summoned at just the right moment, had charged to scatter the evil beasts away.” [1]

As you read the passage, different parts of your brain lit up. You visualised a world you had never seen before, the fight between good and bad evoked emotion, Christmas brought up associations and memories, including olfactory ones. Maybe, it even felt like a real memory from years ago.

But wands, wizards and whomping willows are fictional. They do not exist. Yet, you are able to imagine it all. You are able to visualise what a world full of magical beings and objects would be like. You experience it, and even keep revisiting it.

Reading stories replete with details that send you on a multi-sensory ride may seem like second nature to you, as there’s nothing “special” about it. But, as you read, visualise and immerse yourself in the words of authors distant in time and space, you make use of a very powerful and uniquely human ability — to conjure fantastical worlds out of thin air, to think abstractly, to take real world information that is not linked to concrete objects or experiences, see patterns, use logic to string them together, and express them in a way that makes sense.

This ability to think abstractly is something everyone has. Or is it?

What about persons with Down Syndrome? Do they enjoy reading? In fact, can they even read, understand, use logic to piece information together?

If conventional wisdom is to be believed, then the answer to all these questions is a straight “no”. Thankfully, we have come a long way from there.

It has long been believed that Down Syndrome, and all intellectual disabilities in general, hampers development of abstract thinking and reasoning. Thus, all intangible concepts are considered beyond grasp.

A rudimentary evaluation of any classroom having students with Down Syndrome might bolster this notion.

In the past, studies that used standardised tests for assessing reading abilities of the typically developing population were used to understand the abilities of children with Down Syndrome. Their results inferred that for persons with Down Syndrome the ability to recollect words was a function of rote learning [2], and not any real understanding.

With this known developmental barrier, does the use of tests known to rely heavily on expressive spoken language [3] not seem misplaced for assessing the cognitive range of persons with intellectual disabilities?

It is certainly so if the life and accomplishments of Zack Gottsagen are considered.

Do you think it’s possible to earn critical acclaim as an actor — a profession based on bringing to life completely imaginary situations and people — without ever reading and fully understanding a script? Or act out the emotions of a character without using any imagination, empathy or visualisation? I think not.

The body of anecdotal evidence presented by the ever-growing tribe of actors and artistes with Down Syndrome indicate that comprehension, or understanding, is clearly not the weak link.

The weak link is phonological awareness and phonic decoding — the ability to look at a word, break it down into different sounds, stitch them back together, and make sense of it.

Read this word aloud — gumiho. It is not a word you can find in the English lexicon. Yet, you were able to read it. How? You (almost instinctively) broke it into three different sounds — gu-mi-ho. Each of these sounds is called a syllable, and the process of connecting the broken sounds to spell the word is called phonic decoding.

This particular ability is slow to develop in kids with Down Syndrome, and is considered essential for reading development. But, people are known to have learnt to read without it as well.

A kid with Down Syndrome may not be able to read ‘gumiho’ the first time they encounter it. But, if a teacher reads it to them and explains the meaning, they learn it by storing the entire word, its sound and meaning in their memory, and recalling it every time they encounter it [3]. Though this strategy is not ideal, it helps them enough to build their reading abilities while their phonics skills develop.

Take the case of Australia.

Here, if a student with Down Syndrome is unable to score satisfactorily on phonic decoding, or another singular aspect of reading, they are asked to repeat the entire reading level. This, even when their score on other measures of reading are enough to earn a promotion.

This backs the many voices of caregivers and allies of PwIDDs rooting for inclusive education with additional support as a way to ensure individuals reach their highest potential, and societal myths are busted.

India has an estimated 6,29,000 children with intellectual and developmental disability (IDD) [4]. Despite their established ability to learn academically, a large-scale government-backed research by Verma and colleagues (in 2017) shows that as many as 41% children with IDD have never been to school [4].

When Rakshita Shekhar [5], a special educator and researcher, talked to parents of children with IDD, she found that many had enrolled in mainstream schools, but the school authorities asked the majority of them to leave, or they pulled out their wards fearing for their safety. One parent said they changed eight schools in as many years.

Sadly, these occurrences are all too common in India, where the schooling system is not equipped to accommodate the needs of a cognitively diverse classroom.

Research on Down Syndrome has shown that individuals with the condition are fully capable of reading and understanding the written word. Yet, as much as half of all people with Down Syndrome in India have never been even allowed to explore their potential because of assumptions surrounding their ability to decipher stories.

Denying education, and thus the opportunity to tell tales of our own reality, also prevents our evolution as human beings. Being able to create, share and understand stories is one of the greatest triumphs of the human mind. It has allowed our species to cooperate and build civilisations at an unprecedented scale.

Stories have played a vital role in human history. They have helped transmit knowledge down the generations, taught us key human values, helped us unite in the face of adversity, and constantly reminded us of our abilities, limitations, and progress.

While our societal prejudice may sever the connection to knowledge for PwIDDs, there’s scope for change well into early adulthood.

Sue Buckely, a leading researcher on Down Syndrome education, and founder of the Down Syndrome Education International in the UK has shown that persons with the condition are capable of developing literacy skills even after entering early adulthood [6]. Some educators have helped adults with Down Syndrome, as old as 33, learn how to read [7].

The examples of persons with Down Syndrome becoming actors, entrepreneurs and politicians show that their minds are capable of not only grasping the abstract but even manipulating it to create possibilities. That the assumption about their capacity to develop abstract thinking skills — especially in the face of new research — should not form the basis of all interventions. That it’s best to start with an assumption of competence than not. That the question of “Will they be able to do it” is better answered by keeping our mind open and letting them just do it.

“Neuro-typicals. The rest of us. What if we’re wrong? What if we’ve been using the wrong tests to quantify intelligence…? Your son’s not less-than. He’s different. Now, your expectations for your son may change over time, they might include marriage, children, self-sufficiency. They might not. But I guarantee you, if we let the world set expectations for our children, they’ll start low, and they’ll stay there. And maybe… Just maybe… He doesn’t understand how to tell us. Or… we haven’t yet learned how to listen.”

[3] Debunking Myths: Reading Development in Children with Down Syndrome Syndrome

[5]:Exploring Parental Perception: What Is Keeping Indian Children with Intellectual and Developmental Disabilities out of Schools? Shekhar, R. (2020).