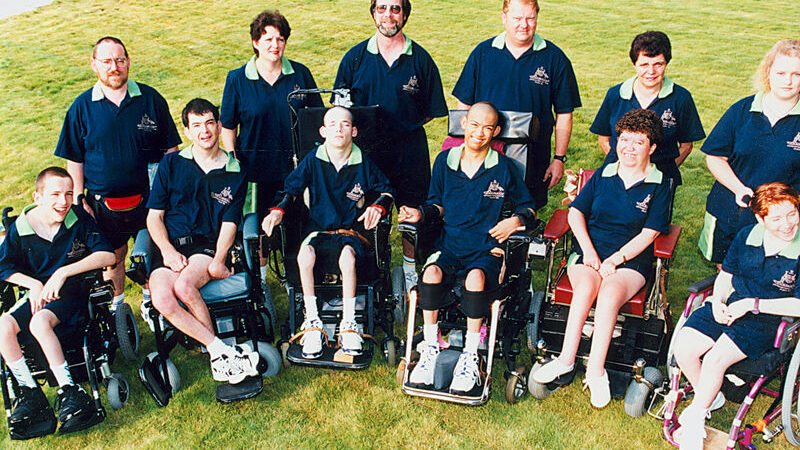 Cerebral Palsy: The most common motor disability in childhood

This is a fact-first primer on Cerebral Palsy. It aims to inform, and sensitise caregivers, peers and all readers about what this condition looks like, means medically, and the developmental differences it comes with. TSC will keep adding sections to this post to aid a complete and compassionate understanding of people born with this condition.

Cerebral Palsy (CP) is not just spasticity, neither is it always accompanied by an intellectual disability, and it is definitely not a sentence for the affected persons to live a life of complete dependence — 60% walk independently and about 8% use a hand-held device [1].

But, it is the most common and permanent motor disability starting in childhood.

The overall pooled prevalence of cerebral palsy in India [2] per 1,000 children surveyed is 2.95. Globally, according to the Centers for Disease Control and Prevention (CDC), it presents itself in at least 1.5 to 4 out of every 1,000 children.

Before we learn more about what qualifies as cerebral palsy, its causes, risk factors, types, diagnosis and treatment, let us understand that the prognosis of this condition does not change, it can’t be cured, and that it does not progress or become more severe with age. But, as the brain matures, the presentation of cerebral palsy, aka symptoms, changes and that can differ from person to person.

What is Cerebral Palsy?

Cerebral palsy is a group of motor developmental disorders that permanently affect muscle tone, body movement, posture, and coordination. In many cases, vision, hearing, speech and sensation are also affected.

This disability is caused by atypical brain development or injury to the developing brain before or after birth in the early development years (0-5 years). Though the exact cause of CP remains unknown in majority of the cases, here are some of the most common known causes [4], and risk factors [3].

Most children with Cerebral Palsy have the condition when they are born, but the symptoms are not visible, or noticeable, until months or years later. Delay in attaining movement milestones is among the biggest signs of CP and it usually becomes apparent before a child reaches 3-5 years of age.

Signs of cerebral palsy can vary greatly depending on the type and its severity. But, one of the biggest giveaways is the delay in reaching developmental milestones, such as rolling over, sitting, maintaining posture, crawling, standing, walking. Delay in speech development is a close second.

Here’s a complete checklist of developmental delays you should look for in infancy, and the years thereafter.

Other development delays and symptoms include

Contact a paediatric physician if you notice any of these signs. It is important to remember that not all children who have these symptoms may necessarily have cerebral palsy. These symptoms can be mild or severe, with the latter increasing the chances of co-occurrence with a range of other health conditions. Early diagnosis of the type of cerebral palsy and treatment — therapy, medication, surgery — are very important to improve quality of life.

A number of associated developmental delays and health conditions accompany cerebral palsy, but all of them may not always present simultaneously.

Types of cerebral palsy are diagnosed by the region of brain injury and movement problem with the severity defining ability to live independently.

I. TYPE OF BRAIN DAMAGE

There are five major types of cerebral palsy based on the region of brain that is injured.

Spastic/hypertonic/pyramidal cerebral palsy is the most common type accounting for 77% of all cases. It results in high muscle tone (hypertonia) causing limb stiffness and exaggerated, jerky movements, i.e. spasticity.

Commonly affected areas include arms and legs resulting in walking impairments, awkward reflexes, stiffness in one or many parts of the body. Contractures, or permanent tightening muscles or joints are also seen.

The tongue, mouth, and pharynx can also be affected, affecting eating, breathing, swallowing and speech.

This type of CP is considered to be the most severe, with a high prevalence of co-occurring conditions.

Dyskinetic/Athetoid, or non-spastic, cerebral palsy accounts for 2-3% of all cases. It results in hypotonia (loosened muscles) and hypertonia (stiffened muscles). The muscle tone can change from too tight to too loose several times in the same day.

It affects the extrapyramidal tracts that are responsible for involuntary reflexes signalled by the basal ganglia and cerebellum, thereby resulting in unintentional movement (twitches).

Commonly affected areas include the face, torso, and limbs, resulting in feeding issues, floppy limbs, rigid body, and posture problems. Sometimes the face and tongue are.

Hypotonic or atonic cerebral palsy accounts for 2-3% of all cases, and is classified by low muscle tone that results in loss of strength and firmness making muscles floppy, or lacking stability.

If your child has hypotonic cerebral palsy they may face several physical or neurological impairments making them miss developmental milestones such as crawling, standing, or walking. It makes joints and ligaments flexible, and affects the head’s stability.

This type of cerebral palsy is caused by damage to

In such cases, when the damage is not confined to one location, a child may show symptoms of two or more types of cerebral palsy. The most common type of mixed CP is spastic-dyskinetic.

II. SEVERITY
The severity of different types of cerebral palsy is classified according to the Gross Motor Function Classification System (GMFCS) in 5 levels. It was developed by the World Health Organization (WHO) and the Surveillance of Cerebral Palsy in Europe as a universal standard to ascertain the physical capabilities.

The system focuses on capacity to:

A severe form of cerebral palsy may require a person to use specialised equipment to get around, such as a motorised wheelchair, and may need lifelong care. Or, a person with mild CP may be able to lift a fully independent life as an adult, including community engagement.

Five levels as per the GMFCS system defining severity.

Level 1: Persons can walk without limitations.

Level 2: Can walk long distances with assistive devices, such as leg and arm braces but can’t run or jump. Such persons could require wheelchairs outside the house.

Level 3: They can stand without any support and sit with little support; need handheld assistive devices, like walker or crutch while walking indoors, and need wheelchairs outside the house

Level 4: Persons with level 4 cerebral palsy need assistive devices to walk, and can move independently in a wheelchair. But, they need support while sitting down.

Level 5: They need support to sit, stand, and maintain their head and neck position. They may be able to use a motorised wheelchair.

The symptoms of one person with the same level of cerebral palsy as another will be different depending on the type, co-occurring conditions, and affected areas of the body.

There are six basic categories of movement issues based on the number of limbs, body parts or areas that are affected by the brain injury.

Monoplegia is a type of movement problem that occurs when only one arm or leg is affected. It is also very rare.

Diplegia affects two limbs — most commonly the legs — and mild movement issues in the upper body.

Hemiplegia affects one entire side of the body with the arm being more affected than the led, with a rigid wrist or elbow being the most notable feature.

Triplegia affects free movement of three limbs, and mostly presents itself in both legs and an arm.

Quadriplegia affects all four limbs with the legs being more impacted than the arms. It also limits use of facial muscles.

Double hemiplegia affects all four limbs are affected, but one side of the body is more severely impacted than the other.

There is no one single conclusive test to diagnose cerebral palsy, it is hard to diagnose and the signs can go unnoticed till the child reaches 3 to 5 years of age (moderate-severe cases can be diagnosed around 2 years of age). The symptoms can appear at different ages for different children, and it is not until a child shows any of the mentioned motor delays that medical professionals can begin testing.

That said, some blood tests can be conducted for children in the high risk category to rule out hereditary conditions that affect motor function. Caregivers of high-risk kids must look out for developmental delays and other symptoms as well.

A complete diagnosis requires taking the complete medical history, evaluating symptoms, and a detailed physical and neurological examination which can include a battery of other diagnostic tests like MRI, CT scan, cranial ultrasound, EEG.

Despite being cumbersome, a complete diagnosis is important to:

If a paediatrician indicates possible cerebral palsy after an exam, they may refer caregivers to a neurologist and orthopaedic doctor.

Once CP has been confirmed, the GMFCS is used to diagnose the severity of the condition, make a prognosis and determine the likelihood of a child improving their motor skills.

Children should also be tested to check for co-occurring conditions, such ID, hearing, speech and vision impairment, for holistic treatment.

The head injuries of younger children, and those with low-grade CP, may sometimes heal fully (there’s no cure), or show great improvement with correct treatment and early diagnosis.

Cerebral palsy cannot be cured, but an early and complete diagnosis can help the child and the caregiver cope effectively with symptoms, prevent complications, and make the most of the child’s existing abilities through treatments, including:

Stem cell therapy is being explored as a potential treatment for cerebral palsy, but the research is still in early stages.

Autism Spectrum Disorder (ASD) is more common than Down Syndrome. But what is Autism?

There’s more to Down Syndrome than just the facial features

ADHD: One of the most common cognitive disorders affecting children. Read more.